“I’m going to be good… you just got to win this game.” -Kevin Ware

After suffering a horrific broken leg injury, basketball player Kevin Ware spoke in a recent interview about the overwhelming amount of support he has received since the injury.  In his brief interview, Ware gets vulnerable and shares the strengths and struggles he has been through over the past few days.  While in the middle of recovering from his injury and being in the center of a media frenzy regarding the incident, Ware shares some powerful lessons he has learned through his season and more recently, his injury.

After watching his interview I have a new found relationship to what it means to be strong and be a team player.  I also have a new view on the support and love that all people have for each other.  This leads to the question of what can we learn from Kevin Ware?

1. No matter where we are currently, we can always become something greater.

The first question Ware was asked was, what kind of game he thought the Duke-Louisville game would be and he replied, “Everyone would see the team we had become.”  He stated the team was missing pieces earlier in the year when they played Duke. Now, all of the pieces had come together that needed to, for them to be a greater team to win the game.

2. Always play for something greater than yourself.

After suffering his broken leg injury, Ware was more concerned about his team than he was himself.  He would not be taken off the court without first talking to his team.  Even while suffering the pain and shock of his injury, Ware saw that his team was struggling after witnessing Ware land on and breaking his leg in a gruesome fashion.  His teammates were crying and breaking down and he knew he had to be strong for them.  He supported and encouraged them, which led to them being able to carry on and win the game that put the team in the Final Four.

3. The only obstacles are the ones we put in our own way.

Major surgery can keep most people in bed for days as they slowly recover.  Ware had a different agenda when faced with a surgery that could have held him down.  The day after his surgery, Ware was out of bed and walking with crutches.  His view on his injury was that it’s an obstacle that can’t keep him down.  When things happen to us that knock us down, we can either look up or get up.  Getting up is what makes the difference in life.  We can let circumstances defeat us or take control of our lives and say no matter what happens, I’m going to keep going.

There are many things that happen to us in life that are completely unexpected.  How we respond to the unexpected creates our experience of the situation.  Ware stated he has accepted his injury but he had not expected it to happen.  Being able to accept his injury as a part of his journey as a basketball player has left him with a new found ability to make it past obstacles in his life.  An unexpected setback can provide the chance to mature into a stronger and more powerful athlete.  Ware states that his biggest concern is a full recovery so he can play again, and he knows that when the time is right he will be back.  When the unexpected happens, we can fight it or accept it…when we accept what we don’t expect we have the freedom to learn and grow.

5. People care more about you, and each other, than you think.

During the interview, Ware speaks about the massive support he has received over the past few days.  He has had professional basketball players, such as Kobe Bryant, reach out and his name has been all over the news and the Internet.  It is obvious that people all across the country were impacted by Ware’s injury and they all care about his wellbeing.  This has allowed Ware to be so open about sharing his struggles around the injury.  When we know that we all care about each other, we are more open to being vulnerable, connecting and receiving support from other people.  This openness and sharing creates a world where it is very clear that we, as people, all love, support and care about others.  We care so much and we are all going to be watching and waiting for Ware to make his comeback. 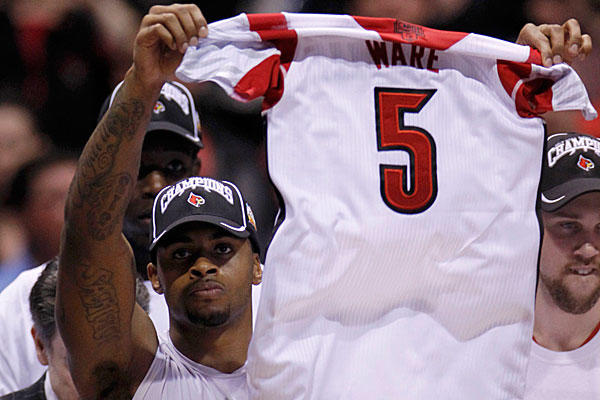 After a five-year career as a Registered Nurse, Sarah Higgins transitioned out of the medical field and found her passion as a Health Coach and business owner at Active Nutrition. The career path she had been on took a turn when she was introduced to nutrition and fitness as a way to prevent disease and…